Jesse is a smart kid who easily made A’s on his report card, but felt that high school was not right for him. At 16 he dropped out of school and, encouraged by his mom, sought alternatives, ultimately stumbling upon Santa Maria’s GED program. Speaking about the decision he and his mom made to come to Santa Maria he says, “We both thought that we’re going to give it a shot, this is what I probably need, and it was, it was exactly correct.”

Within two weeks Jesse passed his GED and began to set his sights on a new job. Encouraged by Santa Maria staff he also obtained his ServSafe Certification. Following a lead from our employment coaches, Jesse was soon working a full-time job, starting at a higher pay rate than other entry-level employees, and he was just 17 years old.

Jesse’s true motivation and passion in life has always been music, and now with a GED and job to back him up, he can pursue his dreams. “I love music. I’m currently creating music, I’m thinking, I’m writing music every day, I make beats now.”

He also dreams of being his own boss one day and owning a business. In this upcoming year, Jesse is pursuing a business degree at the University of Cincinnati.

In addition to his educational and musical goals, Jesse is pushing to get his finances in tip top shape. “Right now I’m just saving money, putting money in the stocks and bonds. I’m currently trying to buy a couple of the shares of some stocks, and I’m investing my money wise.”

Jesse believes that when you make a plan to do something, it is entirely achievable. He regularly writes down his goals for the future and step by step makes moves to attain them. His advice to others is to do the same. “Love yourself, take care of yourself, think about the people around you, set plans, make goals, have dreams, do not be afraid to dream, and one day you can be successful and look back on life with no regrets, and you can end life happy.” 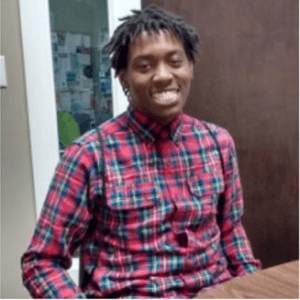